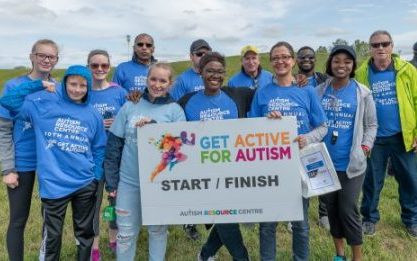 Thank you for participating in our 10th Annual Get Active 4 Autism Walk!
Your efforts raised over $30,000 for the
Autism Resource Centre!
Thank you for your continued support! 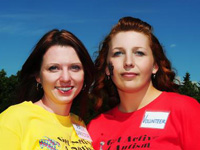 Was founded by April Predinchuk and Avery Altose in 2010.
April’s son Connor has Autism and so the cause is very close to their hearts. While having coffee one evening, they realized that there wasn’t a local walk/run event for Autism.

In a whirlwind few months, they planned the entire 2010 event, which was a huge success and raised over $10,000 for the Autism Resource Centre’s summer programs!

IN THE LAST 10 YEARS GET ACTIVE FOR AUTISM HAS RAISED OVER:
$0
FOR THE AUTISM RESOURCE CENTRE
DONATE TO ARC

We are located behind the Petro-Canada on the corner of Argyle Street North and Sherwood Drive.
Our hours are 8:00 a.m. to 5:00 p.m. Monday to Friday. We are closed weekends and statutory holidays.